THE MOST COLLEGE COMMITS.

THE MOST PRO PLAYERS.

WE ARE HERE TO

DEFINE YOUR EXACT STRENGTHS AND WEAKNESSES AND REPROGRAM YOUR GAME

Baseball is a game where winning is a collective effort of the right moves, from the right players, and exactly the right time. Between hitting a fastball, reaching the base safely or fielding a ball and making the right play, consistency is just the beginning of the battle. Playing for the Pirates will get you as a ballplayer laser-focused on the simple actions that create big reactions through the use of comprehensive coaching And revolutionary technology. You’ll find our athletes developing the skills of the game through an individualized roadmap while gaining a mental edge for the field and off the field.

WE HAVE RELENTLESS FOCUS ON YOUR DEVELOPMENT

We are a team that gets you ready off the field so you can access your full potential on the field. With a team bond that is stronger than any other team, and coaches that are here to push you to the next level through attention and focus on your exact weaknesses, skills, and habits.

Through endless research and development, we have broken down the fundamentals of players’ movements and habits using the highest quality equipment so we can bring the data into perfecting your exact movements on the field.

OFF-FIELD WORK SO YOU CAN PERFORM ON-FIELD

We believe that a player’s performance starts off the field. That is why we start conditioning in the gym, then the cages, and then the practices. Focusing on mental and physical performance every step of the way.

OUR GOAL IS THAT

WE WILL LEAD YOU TO YOUR DESIRED OUTCOME

Through focus and dedication, we will take you every step of the way, so you can envision a clear path to your desired baseball career. We will develop and encourage the best performance you can bring to the field.

WE DO THIS WITH

OUR PRO LEVEL STYLE OF COACHING

With our combined level of experience, we are the perfect fit to coach you all the way to the top, because we’ve lived the journey ourselves. We want to help you find your path.

WE START WHERE YOU ARE

Our coaches will perform a series of tests to benchmark your hitting and pitching skills. We have a variety of tech and experience to evaluate your strength, conditioning and mobility.

We target movement and power. Our coaches will use their experience and Rapsodo technology to analyze bat path, improve exit velo and sharpen timing with impulse training.

We target mechanics to improve velocity. Our coaches and pro experience and will use Rapsodo to improve pitch design and increase activation. We preach armcare and will show proper pre- and post- throwing routines.

Baseball is a game of explosive movement. Our coaches will show you proper pre- and post- game care. From dynamic stretches to keep you loose to strength building to give you power, we’ll have you hitting further and throwing harder – safely!

Technology and data analytics are revolutionizing the game and training. Our coaches will break down the numbers and show you how to use tech like Rapsodo. Proplay Al and Diamond Kinetics to improve.

We have a proven track record of getting talent to the next level. With 75 professional players, including 2 Allstars, and 400 college commits, our coaches know the path to success. Get started on your journey now!

HELPING YOU IN EVERY ASPECT OF BASEBALL

Pirates Baseball customizes the team and its training based on the individual player’s skills. Helping you as a player in every way possible so you can achieve the level of greatness that you are really playing for.

Coach Strickland was instrumental in preparing me for baseball at the next level. I would certainly recommend that any player with aspirations of playing collegiate or professional baseball turn to him and his staff for the same guidance and instruction they provided me – it is a partnership I could not have done without.

TRAIN WITH A TEAM OF PROFESSIONALS 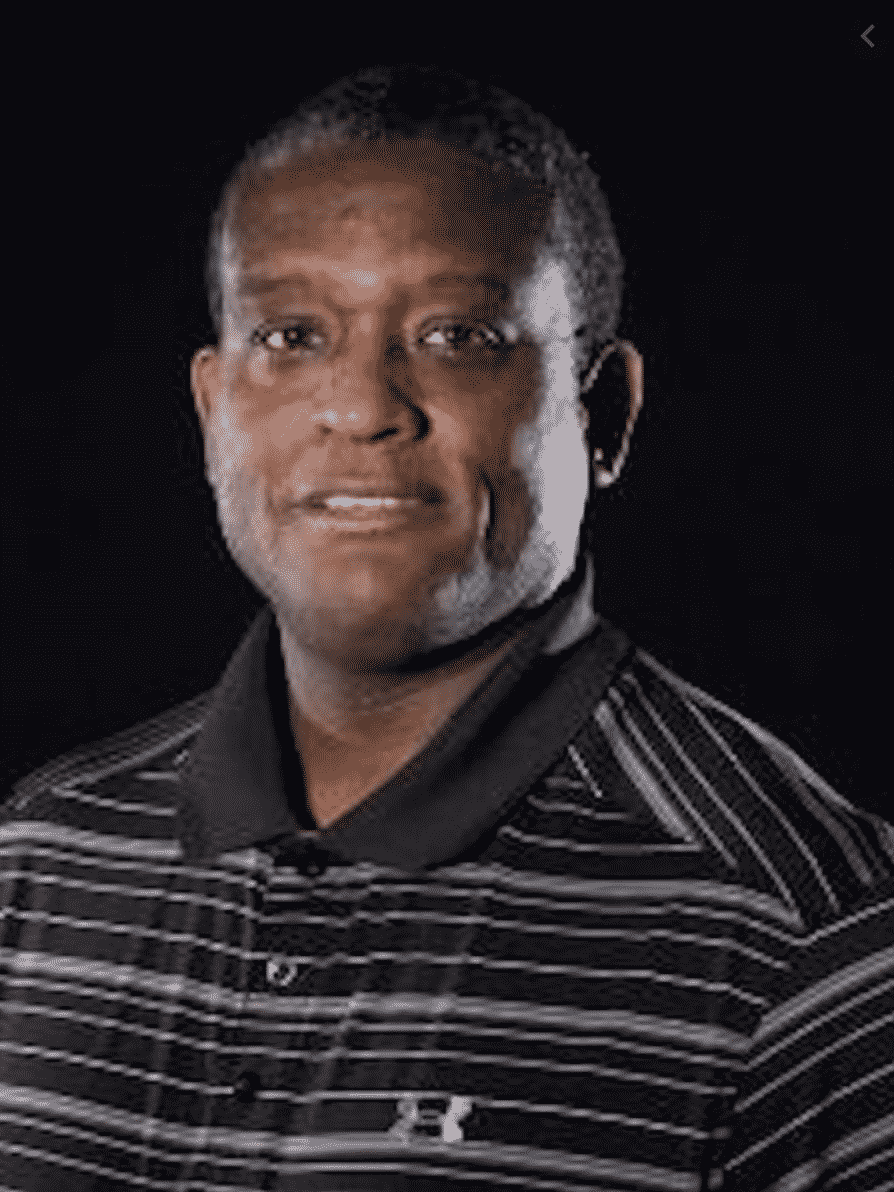 Rick has had an illustrious career in America’s favorite sport. He was drafted by the New York Yankees in 1989 and played with the world’s most famous baseball team until 1993 as both an outfielder and an infielder.

He then founded the St. Louis Pirates, a nationally recognized College Development Program, in 1996. The program started as a fall season program with a goal of promoting area high school players to college and professional scouts. The program was so successful that it grew into a year-round institution in 2006. Due to the program’s efforts, hundreds of student athletes have received college baseball scholarships and many have gone on to play the sport professionally. 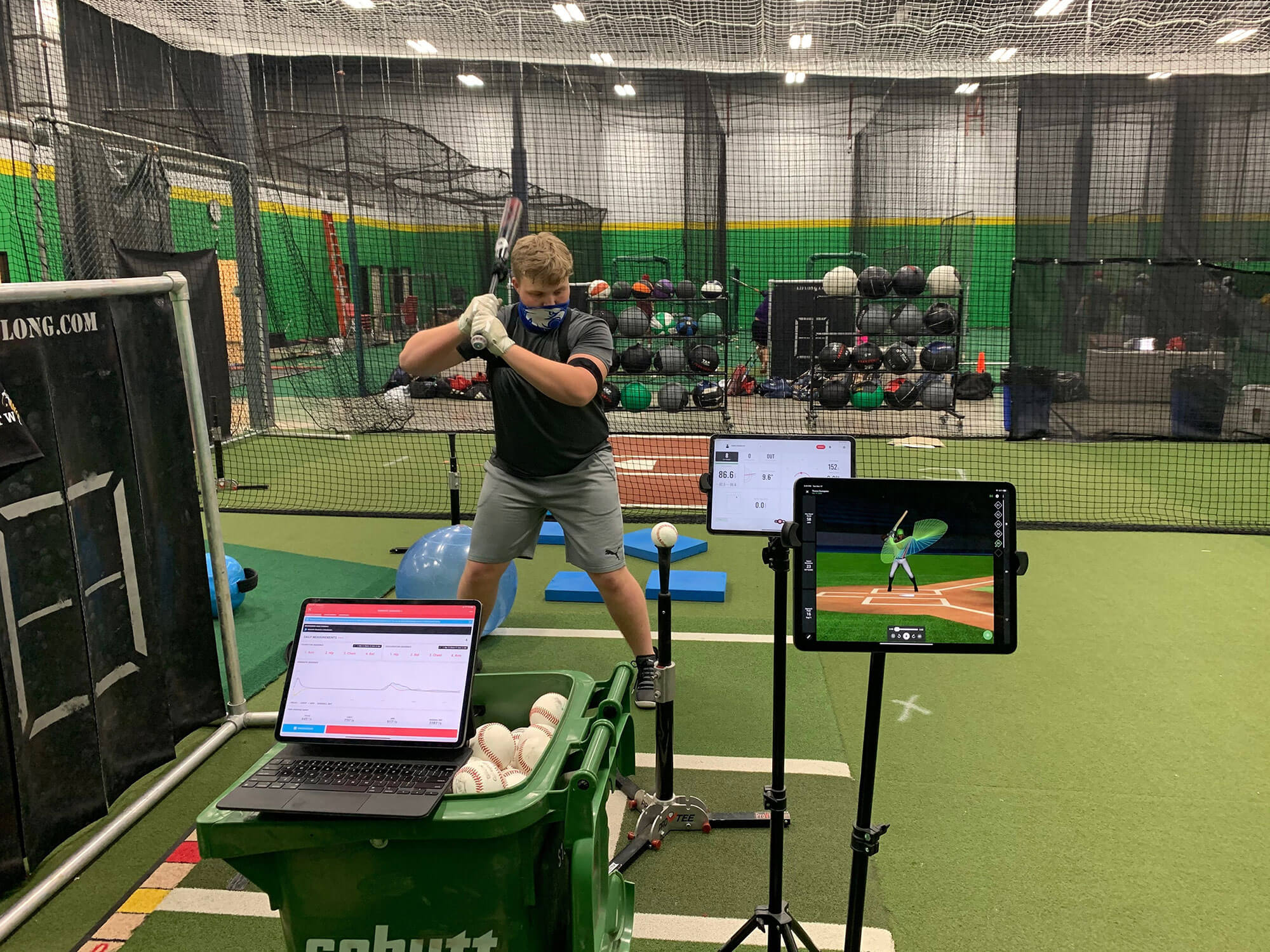 WE ARE PROUD TO USE

STATE OF THE ART

We use the same technology as the professional baseball teams to track every movement our players make. Allowing our team of professionals to correct the slightest errors in any player’s movement, unlocking their true potential.

THE BEST OPTION FOR PLAYERS IN ST. LOUIS 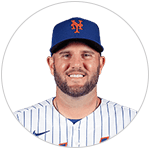 Working with Rick and his staff has been amazing. The program is broken down into steps that will guide you through the process of developing an elite swing. When you combine that with his knowledge of how to apply technology this program is a must for any aspiring player. 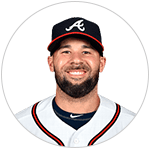 From the time I started with Rick every aspect of my swing has improved…plate coverage, power, consistency…I have never been around baseball technology before, and honestly thought it was kind of stupid, until I learned how to use it and it has been a tremendous asset. I looked forward to everyday I got to come hit and learn. 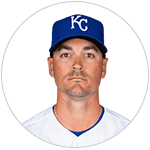 The highlight of my offseason is working with Rick to refine my swing and make sure it is efficient. I have seen firsthand the impact he can have on a player’s career. After struggling in low A and high A my first two seasons in the minor leagues I started working with Rick and the next year I was promoted to AA after a successful spring training.

GETTING STARTED IS EASY!

Setup Your Free Discovery Call And Talk With A Coach About Your Goals and Learn How The RSB Pirates Can Get You There.

You will be tested based on your hitting average, swing speed, swing plane all the way to how you field the ball, throw, sprint and most of all your willingness to learn.

3. TRAIN AND PLAY THEN TRAIN AGAIN

Using our top of the line training equipment, we will. harness your energy into the correct channels of your position and batting. You will work with high-level coaches to perfect your exact style of baseball and it will be tested on the field. Then refined again until you truly become a RSB Pirates Baseball Alumni.

We’ve helped these players all the way to the top. Our main goal is to help you develop the skills

that you were born with, so you can progress as far as you are willing to go. How far can you 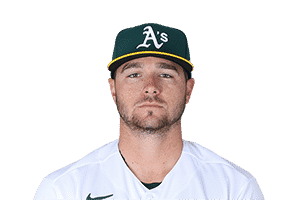 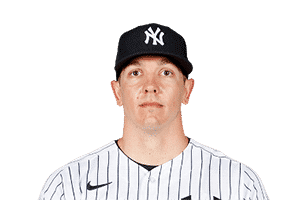 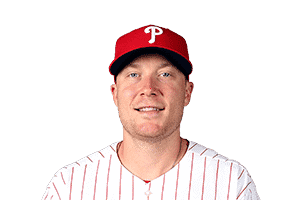 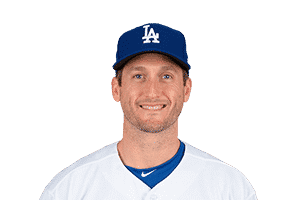 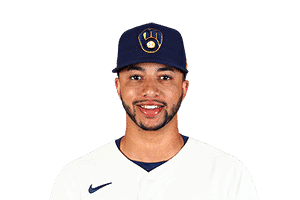 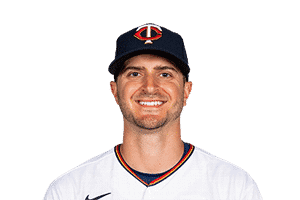 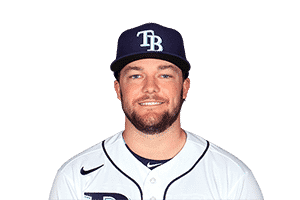 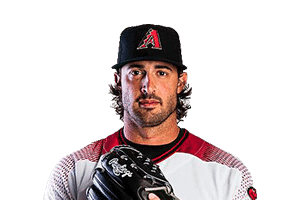 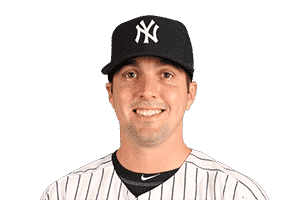 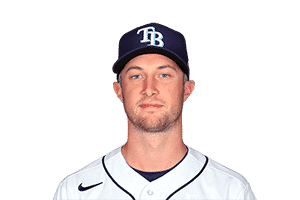 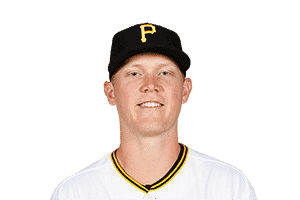 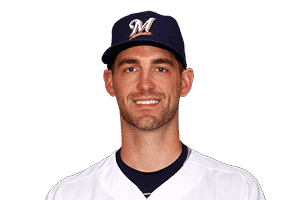 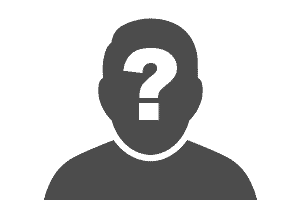 WHERE TO FIND US 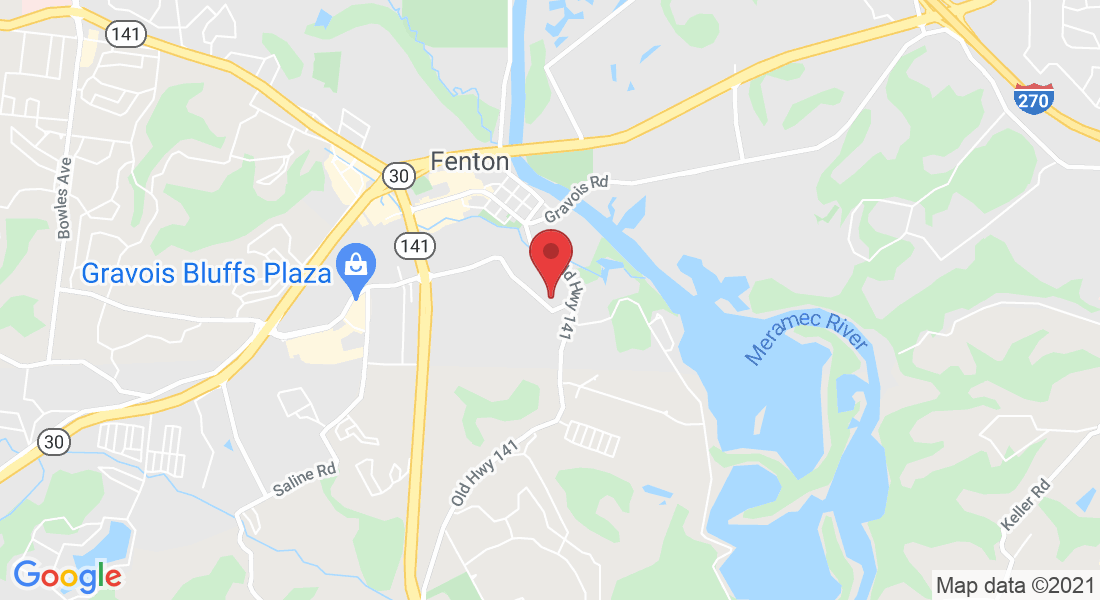 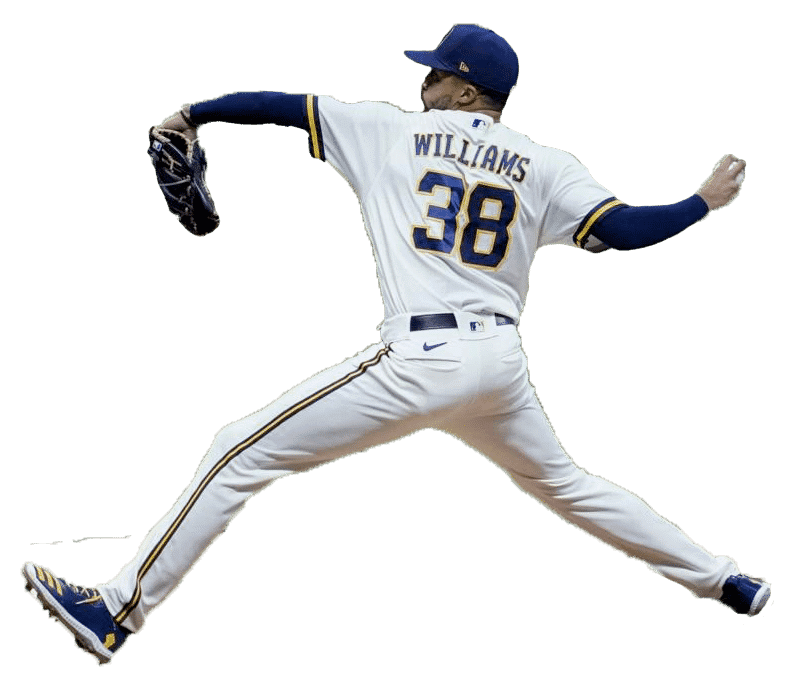 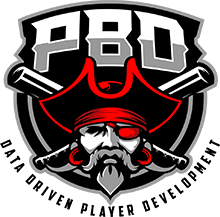 Getting Started Is Easy!

Simply fill out the form below and then schedule Your FREE "On-Deck" Intro Consultation for you or your athlete on the next page.

(Consults are being done over phone, in-person or virtually at your convenience)

Shortly after we will be in touch with you to confirm your intro session.

We are excited to meet you!